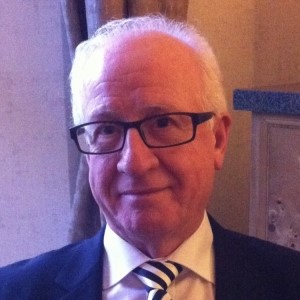 MA, B.Ed, LRAM, GGSM
After graduating from Queen’s University, Belfast with a B.Ed degree in English and Drama, Arthur studied at the Guildhall School of Music and Drama, London and subsequently completed an MA in Drama and Media at Ulster University. He taught in a large grammar school for 25 years where he was Head of the Creative and Expressive faculty. Currently he is Chief Examiner for Drama in Northern Ireland and Examiner for A level Performing Arts with CCEA. As Arts Education Adviser, Arthur was responsible for introducing Drama to the NI Curriculum as a discrete and statutory subject. As an Associate with the British Federation of International Adjudicating and has adjudicated at many festivals throughout Ireland and the UK. He is also an Examiner with New Era Academy, London and has extensive experience of examining both locally and as far as Hong Kong. Arthur was Director of the Youth Lyric Theatre, Belfast for 16 years and for many years Drama Coach for children’s programmes with the BBC. As a professional theatre director of 5 specially commissioned Shakespeare plays for schools, his work has toured Northern Ireland and Scotland. Arthur has directed a wide range of classical plays, operas and musical theatre and frequently coaches professionals in public speaking.

RBTC(Hons QTS), LRAM, AGSM, ALAM, IPA
Katrina studied at The Rose Bruford College of Speech and Drama and feels privileged to have been part of the unique three year Actor/Teacher Course. Having Graduated with Honours, she won a Scholarship to The Guildhall School of Music and Drama and went on to study Opera, Musical Theatre, Acting and Piano for a further two years. Katrina, as professional Soloist and Principle, has appeared at many prestigious venues over the years performing in Plays, Operas, Recitals and Concerts at The Drury Lane Theatre, The Shaw Theatre, Sadler’s Wells, The Purcell Room and the QEH. Katrina is an experienced Director, as well as performer, and has enjoyed producing plays, concerts and shows with adults through to young children in a variety of styles ranging from Pantomime and Gilbert and Sullivan’s Light Operettas through to Shakespeare and Grand Opera. A longstanding member of LAMDA’s Examining Board, for over 30 years, she has also regularly lectured and given Master classes for LAMDA and other multiple agencies in Mime, Improvisation, Acting, Voice Production and Musical Theatre to name but a few. Katrina , until recently, had served as a Headteacher for over 30 years across the State, Private and Independent sectors. She recently took early retirement to focus on and develop her private Communications, Speech and Drama School, Studio 'K', which she co-runs with her (fellow thespian) husband, Stefan. She has also increased her work and commitment as both a LAMDA Examiner and BIFF adjudicator. 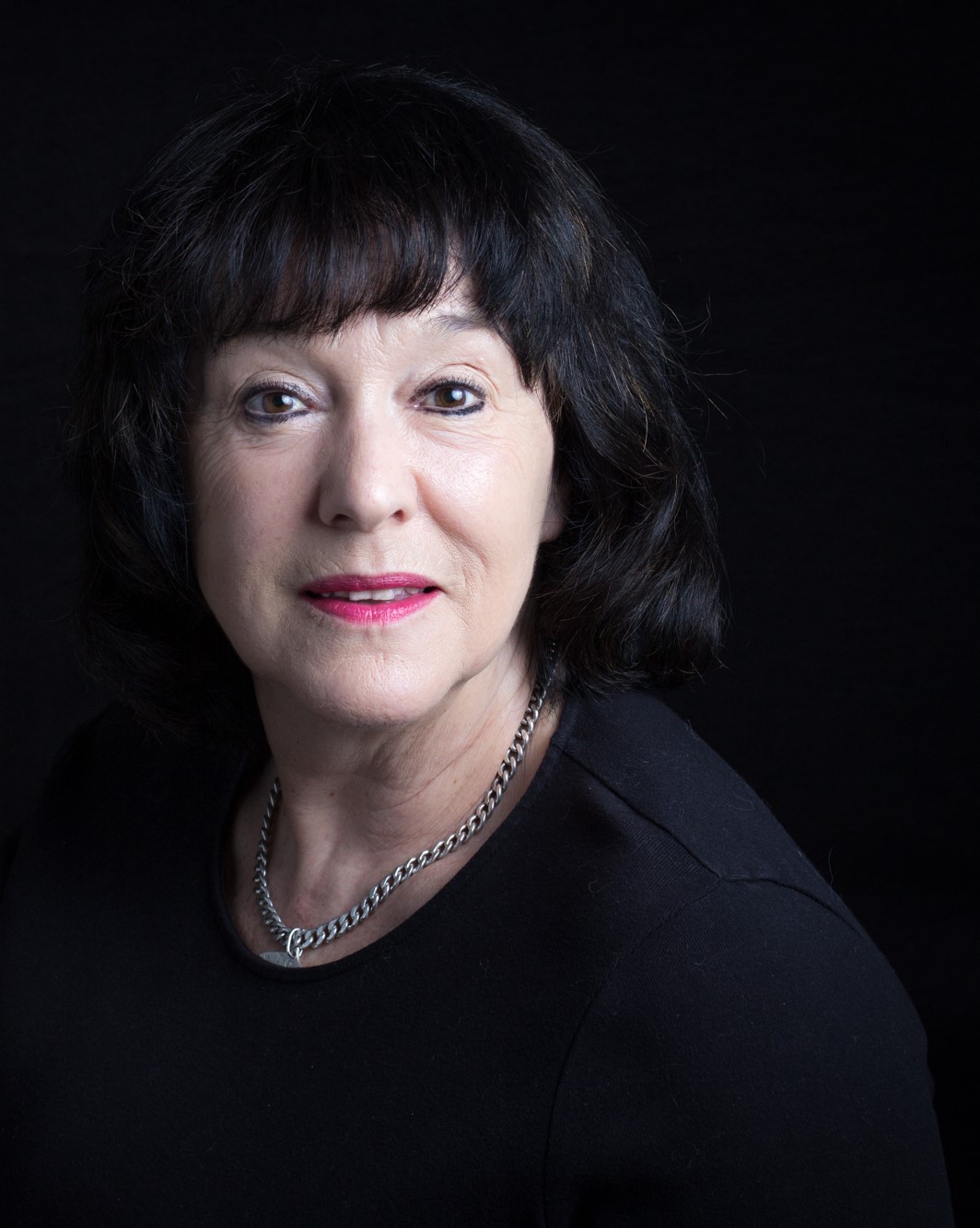 LLAM ALAM GODA MSTSD (Adj)
Louise was born in Westcliff on Sea and first trod the boards when only five days old and has never looked back. Her varied and interesting professional theatrical career began with Haymarket Stage Productions progressing from stage management to acquiring her Equity card as an actress. She enjoyed touring the UK and appearing in all aspects of theatre including repertory and musicals, as well as appearing on television and in films. Louise is presently not only an adjudicator for the British and International Federation of Festivals and the Guild of Drama Adjudicators, but is also an adjudicator member of the Society of Teachers of Speech and Drama. She was Artistic Director of the Phoenix Youth Theatre in Southend, formerly the New Focus Theatre for many years. She is the Speech Tutor at St. John’s School in Billericay. Louise’s extensive work as an adjudicator has taken her all over the UK and abroad and she has adjudicated regularly in Sri Lanka. She runs workshops and masterclasses, directs plays (including open air productions) and musicals, devises original drama compositions, writes poetry and has written many musical plays for children and students. She teaches speech, drama, musical theatre, mime and dance drama to all ages of students, including adults and specialises in the LAMDA examinations. Louise is an experienced theatre director and even finds time to dance flamenco! A festival is a celebration and enables all entrants to bring their creativity and enthusiasm to fruition. Louise is really looking forward to sharing in these celebrations on her first visit to the Bedfordshire Festival of Music, Speech and Drama.

Graham maintains an international reputation as a pianist, teacher, adjudicator and writer. Graham is a regular writer for Pianist Magazine, and has many video demonstrations on the magazine’s YouTube channel. Has also written teaching notes for Trinity College London’s series, Raise the Bar, and for the advanced grades for the new syllabus as well as being on the selection committee for the past ABRSM syllabus. He has published an ebook based on his popular blog, www.practisingthepiano.com, and has an online resource for pianists and piano teachers, the Online Academy. Graham runs a very busy private practice in London, and counts among his long-term students Daniel Grimwood, James Baillieu, and Gemma Webster - with many others active in the profession. In addition to teaching talented youngsters, tertiary level piano students and working with piano teachers, Graham is very interested in helping amateur pianists develop their playing. Graham is a principal tutor on The Piano Teachers’ Course UK, and is also a tutor at the Summer School for Pianists at Stowe, and gives weekend courses at Jackdaws and Finchcocks. Graham also gives regular workshops and classes across the UK for pianists and piano teachers, and annual courses in France and Switzerland. 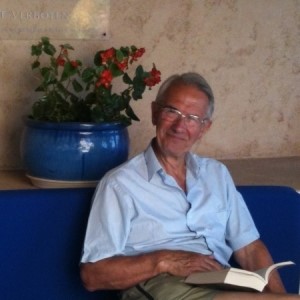 Christopher has enjoyed a widely varied musical career. As a schoolboy he sang at the coronation service of HM Queen in Westminster Abbey and played double bass in the London Schools Symphony Orchestra. While a choral scholar at Trinity College, Cambridge, he conducted the College Madrigal Group and played in the University Orchestra. He continued his studies as a scholar at the Royal Academy of Music and in Switzerland with Frederick Husler on an Arts Council of Great Britain postgraduate award. His subsequent career as a schoolmaster at Dulwich College was combined with extensive work as a concert baritone, choral conductor, composer and teacher of singing and double bass. For over forty years, various of his teaching works have appeared in the singing and double bass graded examination syllabuses of ABRSM, LCM, TCM and GSMD; he has been published by Banks, Boosey and Hawkes, Recital Music, Weinberger and Yorke Edition. A Garland of Song, a collection of ten songs for the developing voice, was published by Recital Music in 2016. An experienced adjudicator member of the British and International Federation of Festivals, and ABRSM diploma examiner, he conducts the City of London Chamber Choir and continues to teach singing and double bass. He has joined forces with the Plaegan Piano Quartet in performances of Schubert’s Trout Quintet. 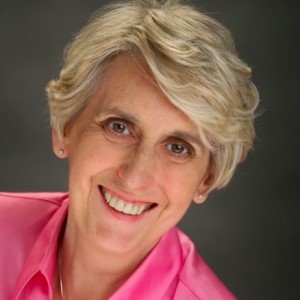 Qualifications: MSc, GNSM, LTCL, CertEd, FISM
Sheila graduated from the Northern School of Music just before it was renamed RNCM and also studied at the Universities of Manchester and Leeds. She headed music departments in schools for over 20 years, teaching all key stages during her career, and is now an associate tutor for Leicester University. She is a music examiner to diploma level, and was also a musical theatre examiner to the same level. She has wide orchestral playing and singing experience, and for many years conducted a successful choir. She regularly MDs musical theatre performances and teaches vocal technique and a number of instruments. As an Adjudicator member of the British and International Federation of Festivals Sheila has worked internationally as well in the UK. 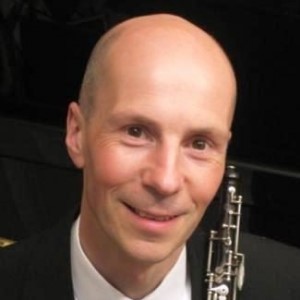 BA (Hons), PGCE, FISM
Philip Dewhurst was born and educated in Bolton, Lancashire. He read music at the University of Newcastle-upon-Tyne under Professor Denis Matthews where he specialised in performance on the oboe. After finishing his degree, he completed a Post Graduate Certificate of Education and pursued a career in teaching. Philip has held several posts as Director of Music in prestigious independent schools in the North West most recently at Cheadle Hulme School, Cheshire from where he has recently retired. Philip gives occasional recitals and enjoys orchestral and chamber music playing on a freelance basis. He has a passion for choral music and has conducted and directed choirs & choral societies throughout his career as well as being musical director for many musicals and shows. As well as adjudicating at music festivals around the country, Philip is an examiner for Trinity College London and an experienced GCSE and A level moderator.

GRSM (Hons), LRAM
At the Royal Academy of Music Lorraine studied the ’cello with Douglas Cummings and chamber music with Sidney Griller, and whilst there was awarded the Manson Prize for the Performance of Contemporary Music by Sir Michael Tippett. She subsequently undertook further studies with David Smith of the Alberni Quartet. Her performing career ranges from West End theatre to the Orchestra of Scottish Opera, whilst recordings range from the haunting cello solo on Katie Melua’s cover of “Turn to Tell” to the string chamber works of David Osbon with the Anglo American duo for Albany Records She is now principal ’cellist with the Chameleon Arts Orchestra and gives regular chamber music recitals at South Hill Park. Concerto performances include Bernstein’s Three Meditations and the concertos of Elgar and Walton under conductor Philip Ellis. Based in Berkshire she teaches ’cello at Wellington College and is passionate about passing on her joy of music-making to the next generation. Many former and existing pupils have been awarded music scholarships to prestigious public schools including Eton, Harrow, Winchester, Wellington, and Charterhouse, or have gained places at specialist centres such as Chethams and The Purcell School, and many have gone on to further study at the country’s leading conservatoires. 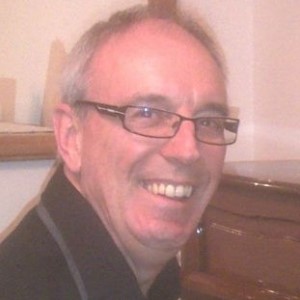 BA(Hons), FLCM, PGCE
David is a professional conductor and pianist. He taught music in schools, before embarking on a full-time career as a freelance conductor. He has conducted many West End and international touring shows including Fame, Guys and Dolls, Me and My Girl, We Will Rock You, Cats, Aspects of Love, Jesus Christ Superstar and Joseph and appeared on TV, radio, played on film soundtracks, and recorded 3 original cast albums. He was Director of Music at the BRIT School for Performing Arts, Director of Performance at the Academy of Contemporary Music and has been a vocal coach and singing teacher at many leading drama colleges (Guildhall, GSA, Italia Conti, RADA, Arts Educational Schools, Hurtwood House, Emil Dale Academy, Stella Mann, ACM). He works regularly as Musical Director at Arts Educational Schools London, and Chichester University. David is an examiner for London College of Music, and was recently awarded an FLCM for Professional Achievement. He has been a Music Mentor for Music For Youth for several years, is an Adjudicator member of the British and International Federation of Festivals and has adjudicated many festivals nationwide. He is also able to adjudicate on-line. He now lives in Lincolnshire, teaches singing and piano, and conducts and accompanies adult and children’s choirs.